Bright, spectacular comets are quite rare, while faint, little fuzzies are rather common. The current comet Jacques is just intermediate, barely visible to the naked eye, but offering a definitely nice view at the eyepiece. It was discovered by the brasilian astronomers Cristovao Jacques, E. Pimentel, y J. Barros from the Sonear observatory. On the picture below we can distinguish the bright compact nucleus embedded in a dense coma that appears spherical, except for a subtle opening on the top, corresponding to the eastward very faint tail, almost reaching the upper edge of the field.
Note also the greenish colour that traces the presence of diatomic carbon (C2), an element commonly found in such comets. Jacques is currently brightening, moving thorough Canis Major and heading to the Cone Nebula, that it will encounter on the evening of next May 29th... 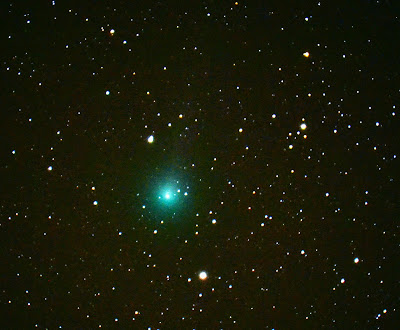 We do not perform any Astro Tour on the "big Moon nights" but, on the last evening before closing, the Moon uses to offer stunning views through our large scopes. We might even try to take a snapshot of the low-magnification entire Moon disc with your own camera, whatever it is, such as the one showed below, taken on the 8th day of the lunar cycle, with a simple cell phone!... 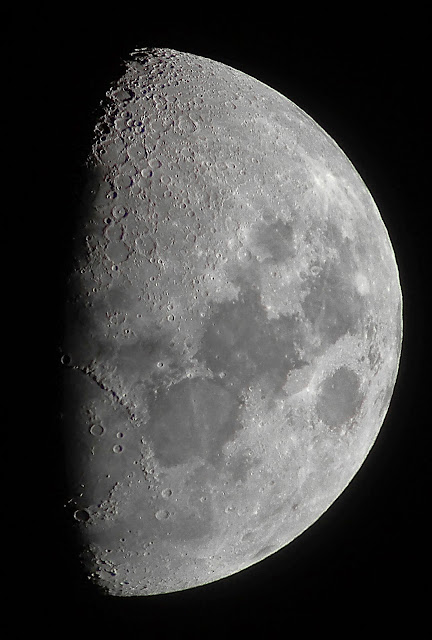