February the 3rd : a doublet of supernovae in a nicely shaped galaxy

A bright supernova in a distant galaxy is always quite a spectacle, but when the same galaxy produces a second bright supernova, indeed this is an event you don't want to miss. Almost two years ago (April, 2015, see our older post), such a supernova appeared in the southern galaxy NGC2442, and now, on early February, 2017, another one of almost the same brightness shows up, although in an opposite side of the galactic disk, labelled as AT2016bju.
The view below shows the supernova, in the form of an obvious tiny spot to the right of the galactic centre, just inside one of the spiral arms.
(North is to the left). 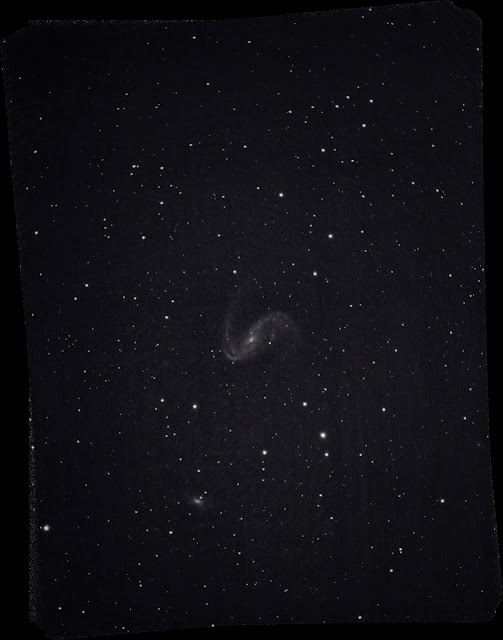 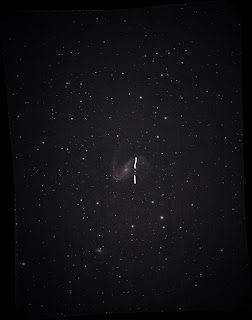 The smaller view at left shows the supernova, lying just between the two vertical marks. 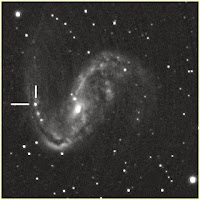