Here we display a picture of the galaxy NGC253 (Sculptor) that we took some 5 years ago, as to present a detail that is frequently overlooked : near the southern edge of the galaxy is a diminute faint compact spot of light, that looks like a star but actually is something quite different, namely, an extremely distant cluster of galaxies !
Below is the main view of the galaxy (west is up): 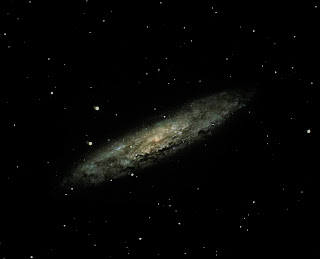 Same as above, with the selected area framed : 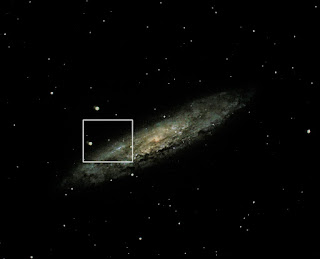 Enlargement of the selected area, where the faint compact dot can be easily spotted in the centre: 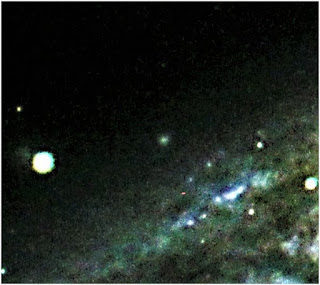 Same as above, with the cluster of galaxy framed: 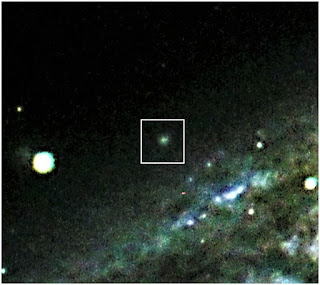 Below, the final enlargement, showing the cluster of galaxy as an agglomeration of diffuse spots. It is identified as [PBP84] 004457.5-253747 and, according to the measured redshift for this object (1), we can estimate its distance to be around 5,5 billion of light years !... So the photons of light that entered our camera that night were coming from times well before the creation of the Solar System...

The pace of human activities may have slowed down this year, but the Heavens continue, quite indifferent to our worries... Every year, on late afternoon of November, 2nd, the Sun sets exactly behind the main dome of the Cerro Tololo Interamerican Observatory (CTIO), as seen from our own telescope room, and every year, quite indifferent to the rest of the world, we are here to take the picture... 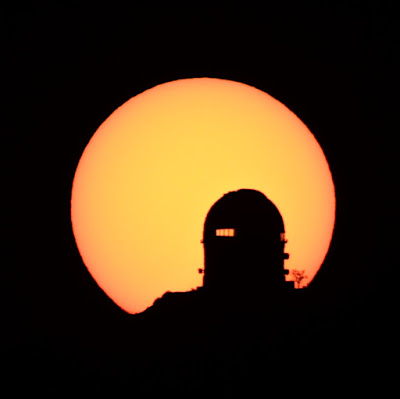