A faint Supernova visible in the Southern Sky

On a clear, moonless night, we succeded to observe the supernova SN2015F recently discovered in NGC2442, a nice barred-spiral galaxy standing in the southern constellation of Volans, at a distance of some 60 millions light-years.
On the wide view below we can appreciate this large galaxy displaying its two well defined arms, and even the much fainter, tiny galaxy PGC21457 on the far East (left) of the field. 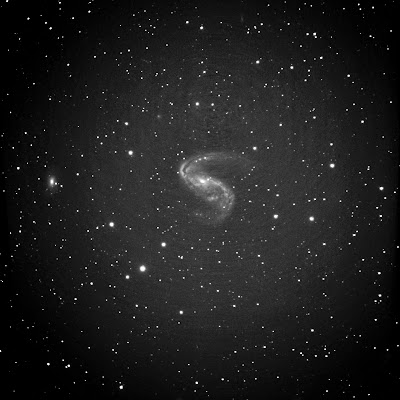 SN2015F appeared north to the galactic centre, as labelled by the two sticks in the closer view below. By late March the supernova peaked at a magnitude of 12.8 but, one month later, it still shines at a very accessible 14.5 magnitude.
On the same view we can appreciate also the details of this somewhat irregularly shaped galaxy, in particular the northern (top) arm, clearly divided by a dense, long curve of dark material. 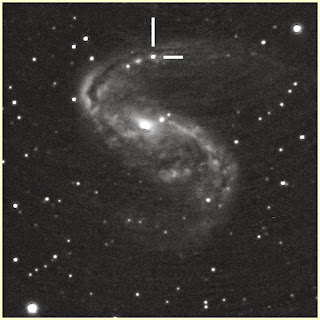