While in San Pedro de Atacama for delivering some astronomy classes to the guides of one of the many public observatories settled there, we had the chance to witness a nice total eclipse of the Moon. As a "bonus", this eclipse coincided with a close moon perigee, resulting in a significantly greater apparent size of the lunar disk. Not needed is to say that the sky conditions where perfect, as usual in Chile, providing a truly wonderful spectacle. The views below, taken at the Explora Observatory, display the dark red colour that adorned the lunar disk around the mid-eclipse phase. 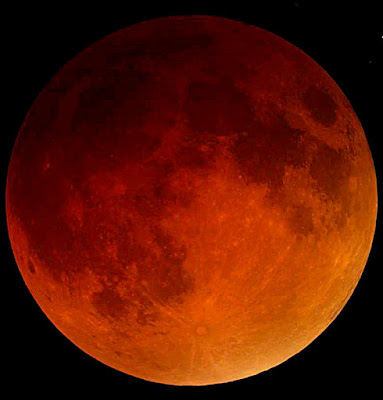 On the closer view below we can also glimpse 3 stars near the moon disk (upper left corner), and even one more tiny star extremely close to the limb: indeed watching the Full Moon surrounded by stars is a rare opportunity that only happens during a total eclipse event... 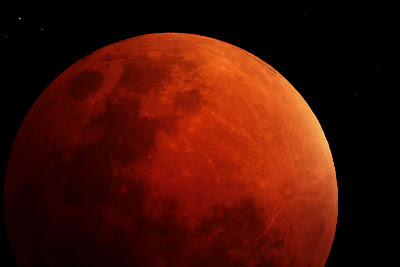