Unidentifyed Flying Object in our sky ?...

On the evening of February 6th, a round-shaped, fast evolving cloud, suddenly appeared in the Eastern sky, and it lasted for almost 20 minutes before vanishing. Fair enough, we had witnessed many of those before: they happen to be launches of space rockets that loose part of their fuel, a unconvenient circumstance that can lead to the failure of the entire mission... This particular rocket was not registered in the public files, that make us suspect it was launched for some military purpose!... 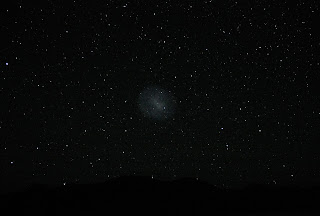 The overexposed close view below clearly shows the trace of the object itself, right in the centre of the cloud: it appears as a short, elongated trail, since the path of the rocket was not parallel to the Earth rotation (click on it to enlarge) 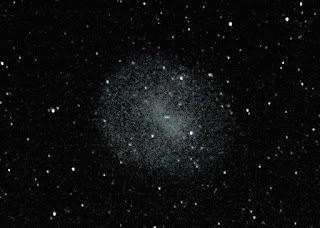