Some celestial coincidences have huge consequences, such as the similar apparent size of the Sun and the Moon as seen from Earth. But such coincidences do happen quite often, and even if not so spectacular, they are always fun to watch. A good example occurred in the evening of May, 24th, when the Moon and the planet Venus, visible together around Sunset, had the same exact phase, that is 4% disk illuminated, with the same orientation, hence harboring the same aspect at the very same time ! The Moon, distance to Earth: 390000 km ; Diameter: 3480 km ; Angular size: 31 arcmin. 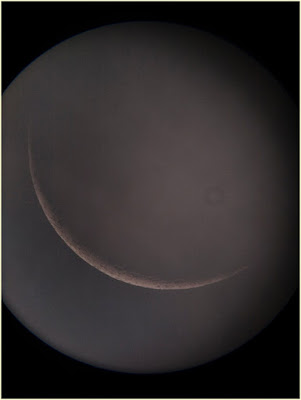 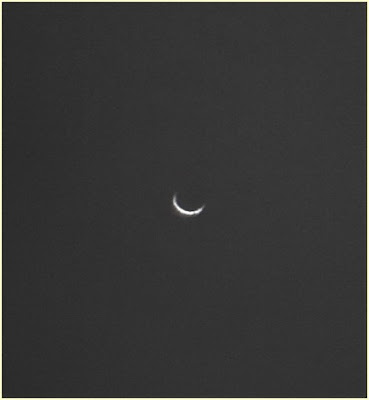